Rituals might seem anachronistic nowadays – like messengers from other times and places, as though they were born of religious rites past, of the spiritual practices of foreign, perhaps indigenous peoples. And yet they are also deeply rooted in secularized societies, a conducive factor for social cohesion that marks time and lends structure to everyday life. There is always something of a primal, existential dimension inherent to rituals, as well as concentration and boundary dissolution. To understand rituals is to grasp the cultic embedding of the body in processual procedures and staging. “The ritualized body,” as Byung-Chul Han puts it, “is an ostentatious stage into which secrets and deities inscribe themselves.” Fathoming the intensity of the ritual form would also undoubtedly mean freeing ourselves from the notion that all pleasure is the result of wish fulfillment. One need only consider the game to understand the passion for rules, the power that comes from ceremony as opposed to a wish. In his current publication, the South Korean-born German philosopher notes with concern that contemporary rituals are in danger of disappearing: the economy of narcissism-driven attention value, the neoliberal pressure to perform, productive acceleration, capitalist self-improvement, global digitalization and cult of superficial networking are gradually displacing modes of ritual and rhythms of intuition. Its devastating consequences can be seen in the fast-moving pace of life, eroding solidarity and psychological fragmentation.

And yet a certain rehabilitation of ritual does present itself in contemporary art, in an emphasis on the form as an ethics of ornamental aesthetics. We find it in the work of such masters of ceremony as Hermann Nitsch, for example, in that of “social sculpture” pioneer Joseph Beuys or stillness-wizard James Lee Byar – all champions of the ritual. Joining them are a number of female artists including Marina Abramović, Ana Mendieta and Joan Jonas, whose work explored body rituals from the 1970s onwards. Shamanic preachers and nature-lovers including Emma Kunz and Friedrich Schröder-Sonnenstern breathed life into dead matter with animistic acts, offering exhilarating visionary insights into all-encompassing world contexts. Filmmakers have long translated the myths of everyday life into “never ending stories” – the infinite, endless film loop. Rituals have assumed a new role in these virus-stricken times. Our typical greeting, the welcoming handshake, has given way to the washing of hands. Such well-tread paths as the daily walk to work have been supplanted by a login to join an online Zoom meeting. Strict shutdowns have found apartment-dwellers opening their windows every day at 6 pm to sing, clap and play music in a ritualized show of solidarity. 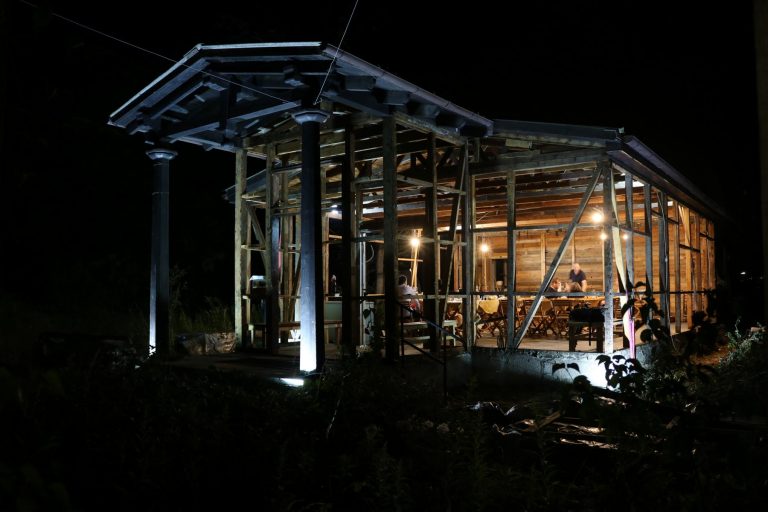 VIENNA ART WEEK 2020
Notgalerie
The archway of the Notgalerie was positioned in front of the House of Rituals. After three years at its location in the Seestadt, it was completely dismantled and its individual parts scattered.

VIENNA ART WEEK 2020
LIVING RITUALS – EXHIBITION PARCOURS
From the 100 artists of the Open Studio Days, seven studios were selected by the jury, in which artists dealt with the theme "Living Rituals". 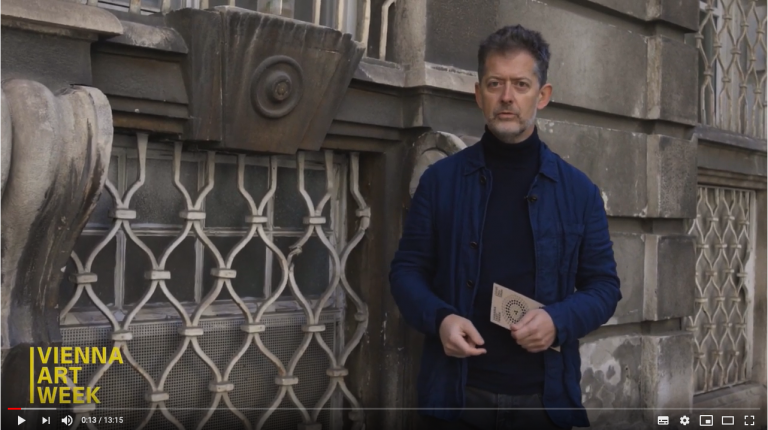 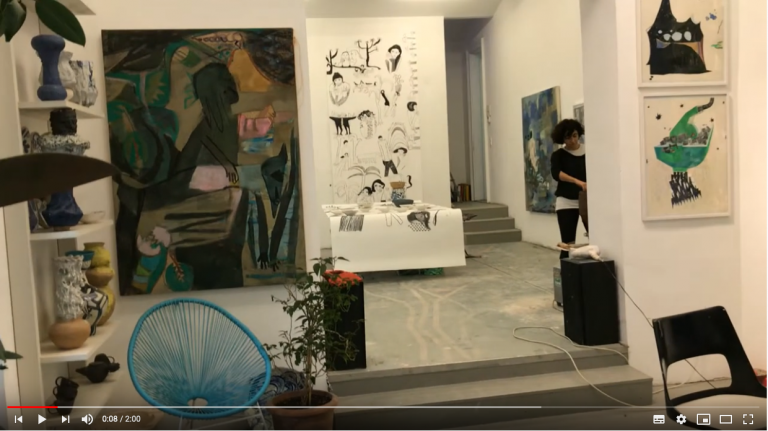 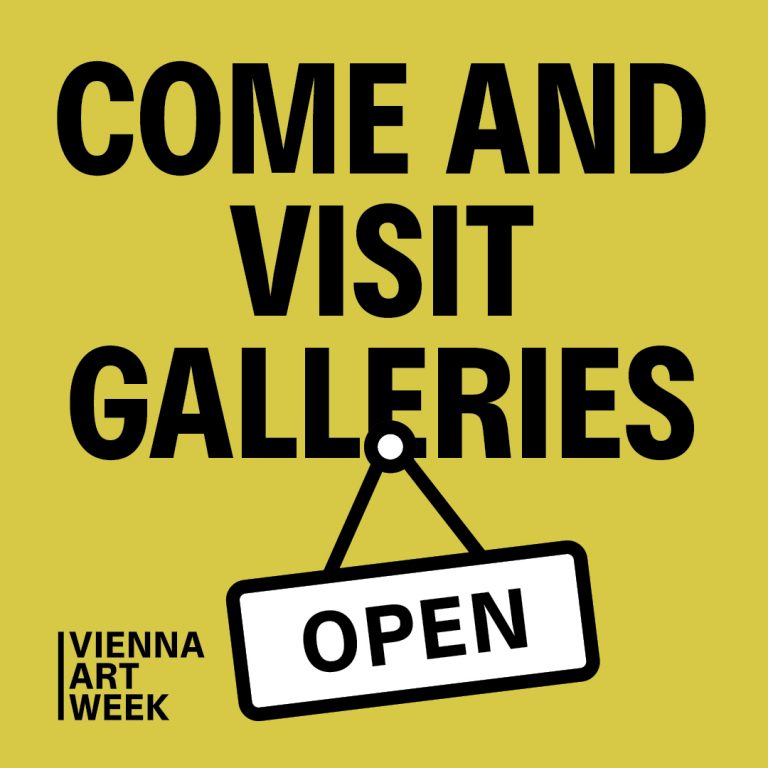 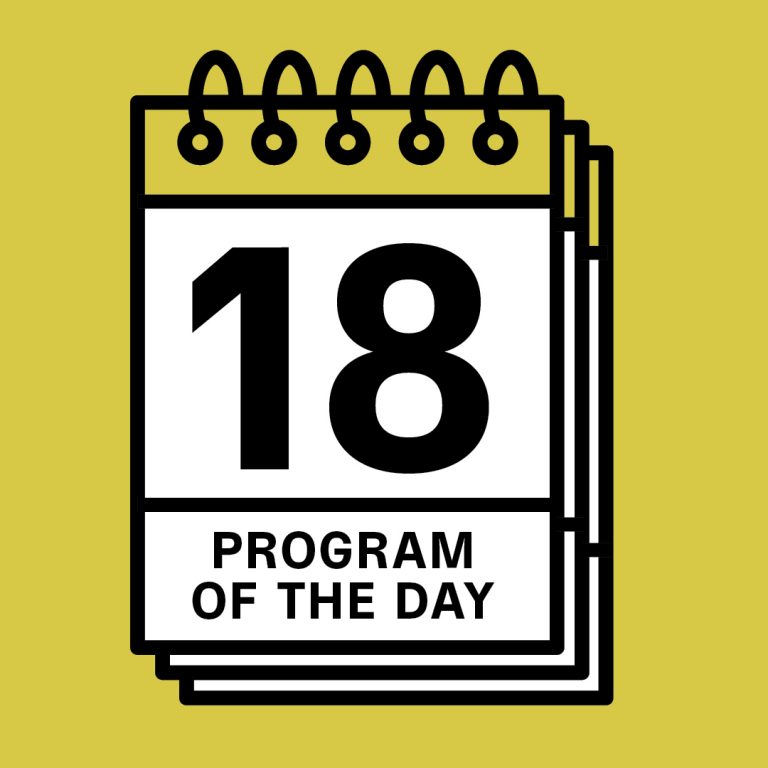 VIENNA ART WEEK 2020
ONLINE-PROGRAM OF THE DAY Wednesday
Here you will find a list of links to the daily online program. If you cannot visit VIENNA ART WEEK, we will visit you. 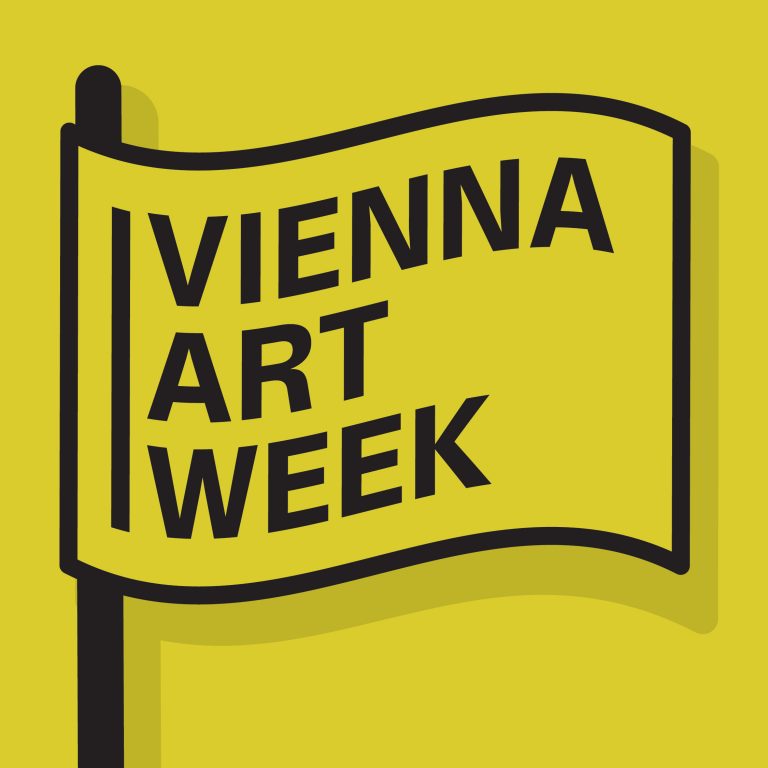 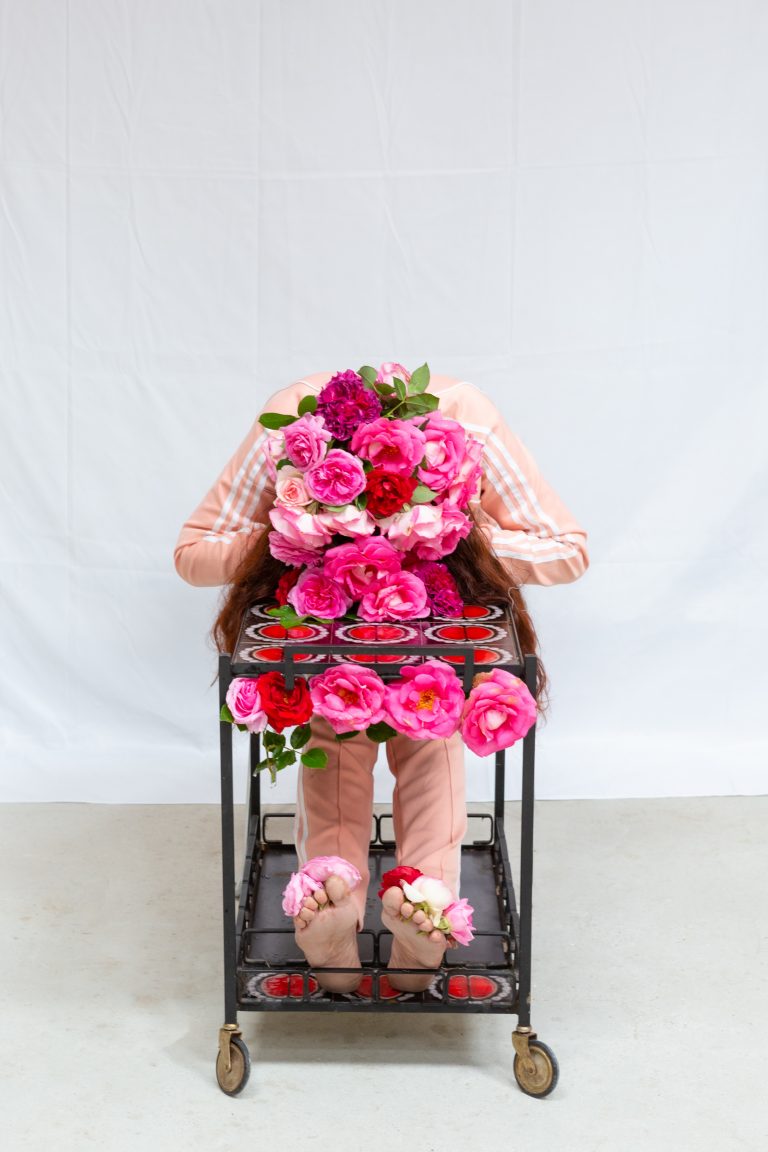 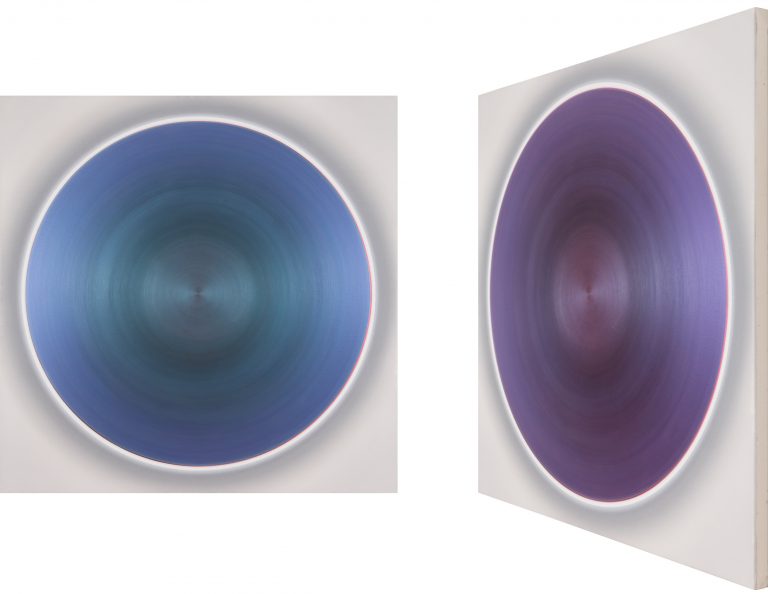 VIENNA ART WEEK 2020
LIVING RITUALS
Rituals might seem anachronistic nowadays – like messengers from other times – in fact they are also deeply rooted in secularized societies, and a conducive factor for social cohesion.

VIENNA ART WEEK 2020
What, How & for Whom/WHW: A kiss can change the law …
What happens when fluids, bugs and viruses mix in an act of love? 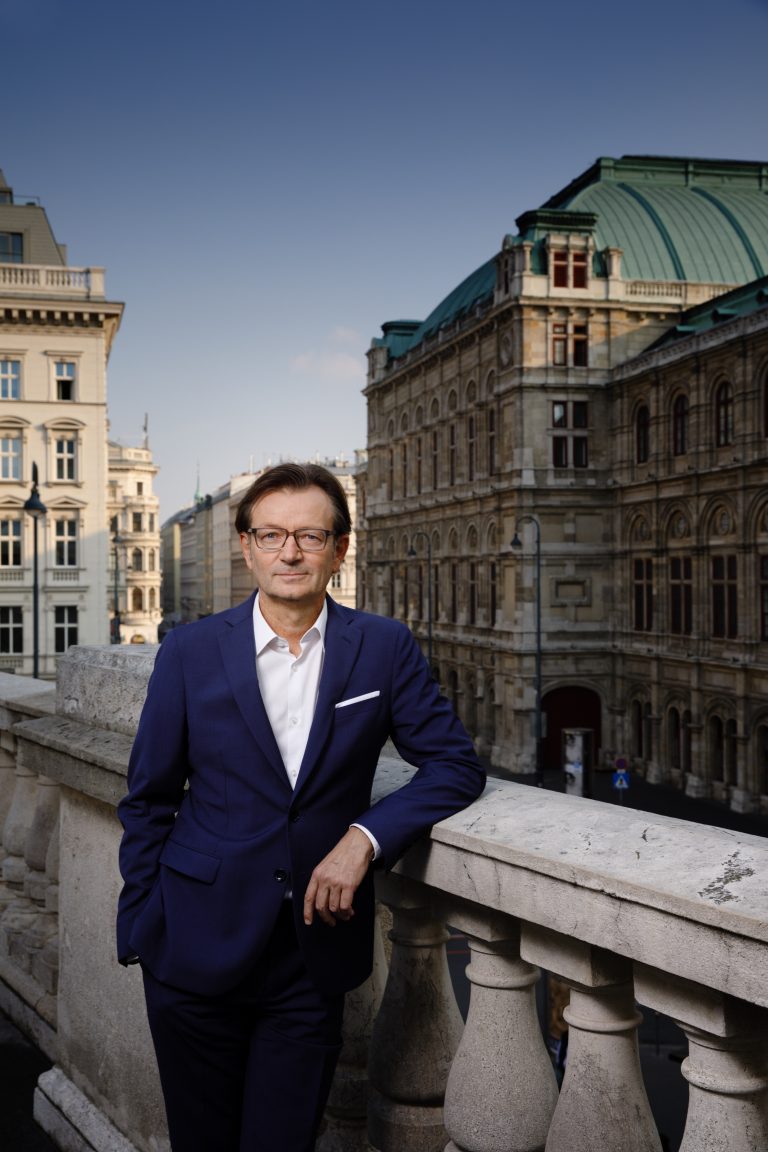 VIENNA ART WEEK 2020
Gerhard Hirczi: Upgrade your routines. Take advantage of digital opportunities
Our daily working life is shaped by routines. Routines create a framework for our actions and provide security at every level. 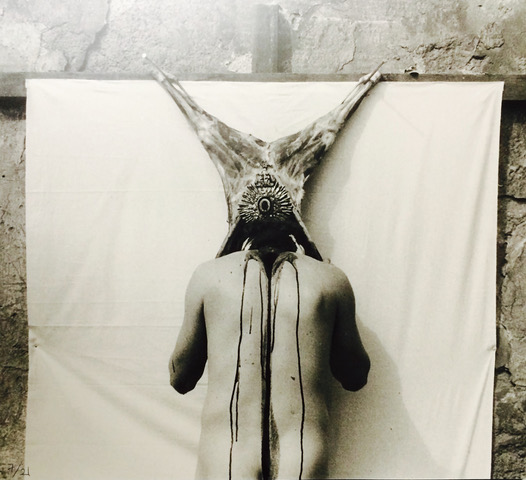