Guided tour with performance through the exhibition "How lovecraft saved the world". 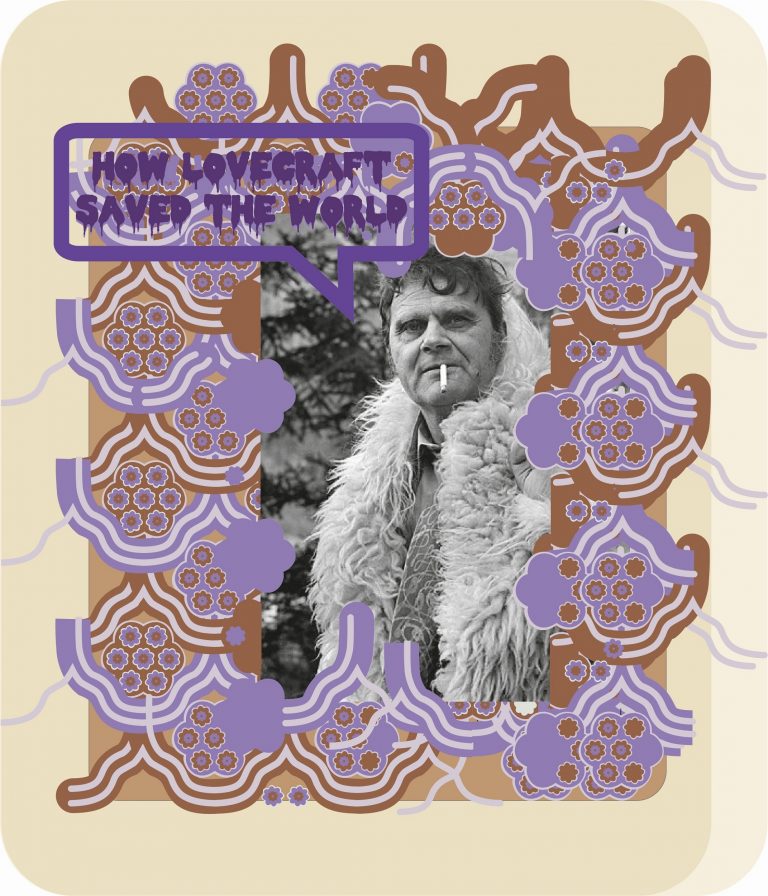 The Austrian writer H. C. Artmann, who would have turned 100 this year, has been described as a linguistic wizard, a comedian, a jargon juggler and a rhyming rastelli. The language and the many languages - or rather - Artmann's plurilingualism gave rise to the conception of the exhibition 'how lovecraft saved the world', which is being created in collaboration with Jakob Lena Knebl, students of the Angewandte and the Germanist Alexandra Millner.

Based on H. C. Artmann's linguistic pluriverse, the exhibition deals with thematic complexes around the figure of the dandy, black romanticism, surrealism, fluxus and pop. The concepts of intertextuality and transculturality can be claimed as common traces for Artmann's texts. H. C. Artmann's attitude towards life and values is reflected in his use of language and opens up a variety of aesthetic and artistic strategies, such as décollage, chance, the power of disposal, transformation and invention, and last but not least control and loss of control, which are linked to current debates. These include the overcoming of classes, the questioning of borders and nations, as well as the overriding of space and time in order to penetrate into areas that allow one thing above all: pleasurable poetry!