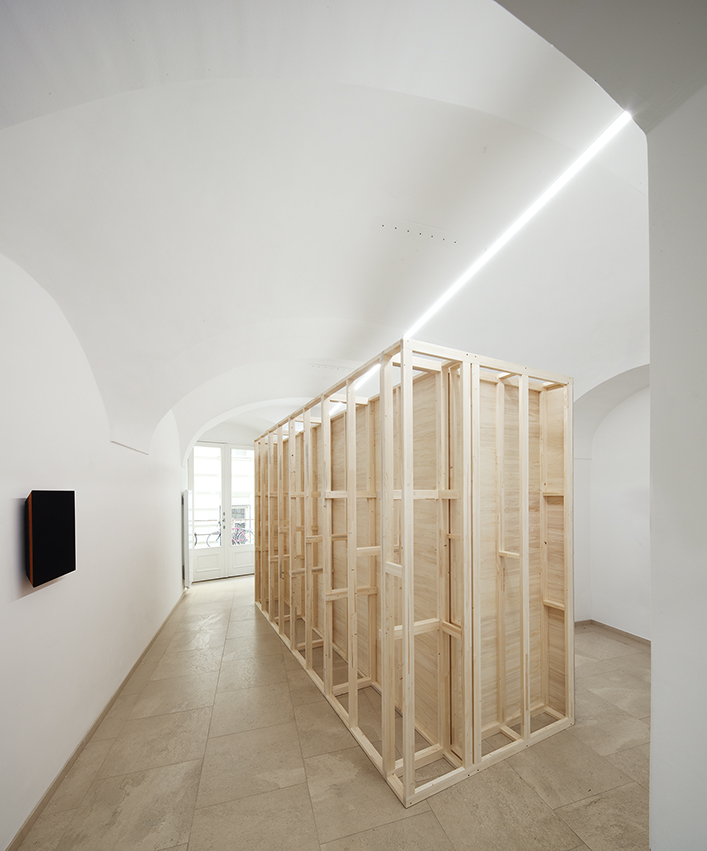 Günter Umberg’s paintings are not limited by format. In his exhibition FELD 2 (FIELD 2), he links architecture, space, and picture in a situation that highlights and makes palpable the main theme of his oeuvre: The relationship between the work and its beholders. It is this particular relationship through which the picture comes into existence in the first place. Although autonomous, the work is not independent of the site; rather, it is positioned in close relation to beholders through the spatial context.

As in previous shows at the Städtische Galerie im Städel in Frankfurt, the Secession in Vienna, and the Museum moderner Kunst in Frankfurt, Umberg has constructed a spatial situation in our gallery on Domgasse that consists of a three-dimensional architectural structure that seems to intervene in the gallery space. Created as a sculptural object that we can walk around and that is not a picture support in the traditional sense, it structures the gallery into individual areas. The resulting spaces, sight lines, and vertical and horizontal structures guide our gaze and movements. They impact the length of time we reflect and integrate the dimensions of temporality, closeness, and distance in Umberg’s overall artistic concept. Shaped like a letter L, the spatial intervention consists of high partitions that separate two works – a photograph and a mono-chrome painting – positioned on either side of the gallery. While this prevents us from looking at both works at the same time, or the works from interacting with one another, new and unexpected perspectives arise that enrich our engagement with them.

The exhibited works reflect Umberg’s idea of a network of relations in which even the monochrome painting exists only in physical experience and perception.

GÜNTER UMBERG was born in Bonn, Germany, in 1942. He lives and works in Cologne, Germany, and Corberon, France. 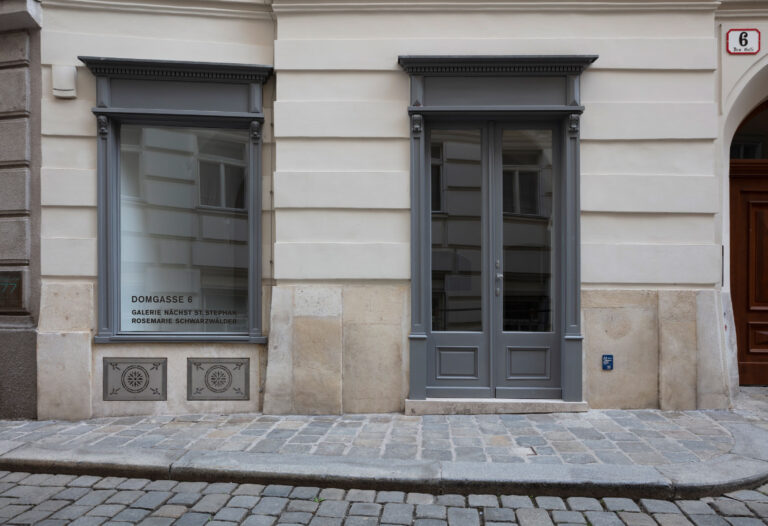