A search for self-conception 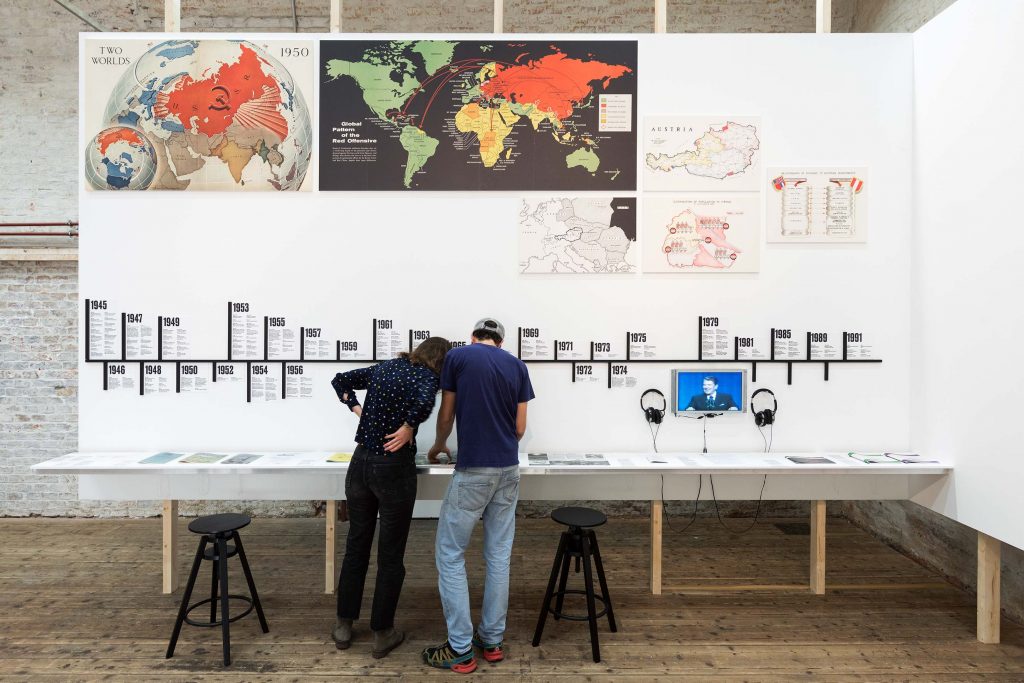 Architekturzentrum Wien (Az W) has devoted its major fall exhibition to Austria’s role in the Cold War. In an interview, curator Monika Platzer explains what architecture has to do with it.

How did you come up with the idea of linking architecture and the Cold War?

I’ve been working on this topic for a long time and find it incredibly fascinating. For me it’s mostly about a shift of perspective when it comes to post-war Austrian Modernism. It’s high time to question the established canon of a supposed cultural void and intellectual isolation after 1945. Did that generation of Clemens Holzmeister and Karl Schwanzer disciples actually internationalize Austria, or could it have been the other way around – that internationalization first came about as a result of Allied cultural policy, which gave Austrian architects the freedom to show their mettle?

So it’s about Austria at the heart of the East-West conflict?

Politically, the Cold War had to do with more than just East-West polarization. People forget that Vienna, like Berlin, was also a theater for the four powers. Great Britain and France were also influential in their own way, for what they achieved in the way of cultural transfer. In the 1960s Austria took on a more active role as a mediator between the fronts, in Middle Eastern countries for example, with [Bruno] Kreisky as Foreign Minister. Architecture did the same in the political slipstream. It was a time when Austria was forging its identity.

As in “Austria is free”?

It was about more than just freedom; it also touched on the need for Austria’s self-conception as a European “special case” – and on the conviction that it had not been a Third Reich “perpetrator.” In terms of architecture, this manifested itself in the link to Viennese Modernism, which sought to create continuity with the architecture of the interwar period. This seamless continuation of the Adolf Loos or Otto Wagner tradition and the associated fading out of Austrofascist and National Socialist buildings continues to this day.

What role did 1950s architects play in this?

Well, you had the “Junge Wilde”, “young wild ones” like Wilhelm Holzbauer or Hans Hollein, who went to the United States on fellowships. But apart from individual careers, I think it’s important to show the discourses and ideologies behind architecture, because for me architectural history is always part of cultural history. So the exhibition will also show the networks that tied Austria to the world.

Which do you mean?

Forum Alpbach, for example, or CIAM Austria. The first exhibition on Modernism in Austria happened back in 1953, and Le Corbusier gave a lecture in Vienna as early as 1948. A group of young people took to it very enthusiastically; you could almost call them “Frenchmen of the East.” At the other end you had the Vienna University of Technology, which considered Le Corbusier a communist and a nutjob. The city of Vienna was much more focused on England, where the Labour Party built the welfare state and did a lot of urban planning. Vienna’s urban planning looked to the transnational garden city model, which was already in the works in the Nazi era. Continuity indeed!

Which buildings from that time reflect those Cold War networks?

First and foremost I’d say the Veitingergasse settlement in Vienna; it was built in the context of a US home ownership offensive designed to create a paradigm shift in social democratic housing policy. It was either ignored or overlooked by architectural historiography, and architecture critic Friedrich Achleitner classified the settlement as “Scandinavian.” A lot of these myths persist to this day, because the history of architecture consisted almost exclusively of architects’ own narratives.

Another example are the many shelters found in single-family homes until the 1980s; they are silent witnesses to the threat of nuclear war.

What other sources did you explore in your effort to dispel these myths?

Apart from the Az W’s collection, I mostly looked at magazines. You had “Bau” and “Aufbau,” which were published by the Zentralvereinigung der Architekten architects’ association and the City of Vienna, respectively, and as a media outlet controlled by stakeholders they left out quite a bit. Things get interesting when you have a look at Allied magazines or the communist publications “Die Brücke” and “Tagebuch.” There was an astonishing amount of discourse in the daily press, and architecture had a high metaphorical significance: It was all about construction, reorganization and cultural optimism for a new dawn. There was a surge in innovation in the construction industry thanks to new materials developed for the arms industry during the Second World War. The aluminum industry, for example, shifted its production to windows, doors and curtain wall systems in peacetime. Unlike art and architecture exhibitions, trade fair presentations reached a much larger audience at lower thresholds – a fact that the two superpowers in Vienna quickly exploited with their respective pavilions.

True to its subject matter, the exhibition will have four zones. They are preceded by a timeline showing global developments arising from the Cold War. We also take a look at two transnational networks: CIAM Austria and Forum Alpbach. There is a city map outlining the Allied infrastructure, showing Vienna as a Cold War setting. All this is rounded off with a large number of photographs, blueprints, films and original drawings that are being shown for the first time. The exhibition will include an international symposium entitled “Cold Transfer,” held in January 2020.

Studied art history at the University of Vienna (doctorate 2017). Active at Architekturzentrum Wien since 1998, head of the collection, and curator. Research focus: 20th-century Austrian architectural and cultural history. Curatorial activity and supervision of various research and exhibition projects, including: “Vienna: The Pearl of the Empire. Planning for Hitler,” “a_schau: Austrian Architecture in the 20th and 21st Century,” “Lessons from Bernard Rudofsky,” “Shaping the Great City: Modern Architecture in Central Europe 1890–1937,” “Kineticism: Vienna Discovers the Avant-garde.” Editor of “icam print,” members’ journal for the International Confederation of Architectural Museums; 2014 Visiting Scholar at the Center for European Studies, Harvard University, USA; current research focus on architecture after 1945. 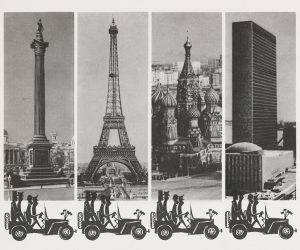 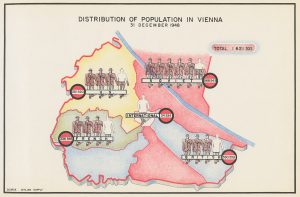