The Exit Door Leads In 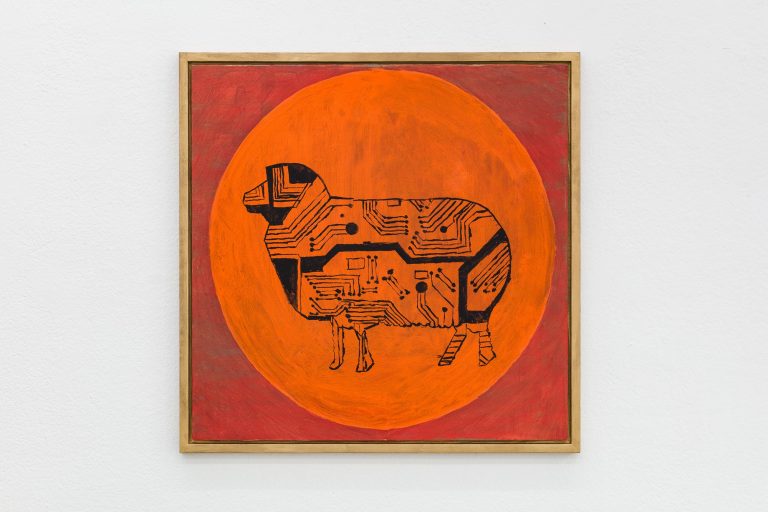 The nine paintings produced by artist Andy Hope from 2016-2021 are shown as a group for the first time in this exhibition and are closely linked to one another via a system of archaic-antique, abstract-technoid symbols and references to the Russian avant-garde. Together, they form a narrative about a kind of art that has become part of a speculative process of value creation and which knows, with its own means, how to defend itself against the threat of devaluation.

The nine paintings are grouped into three motifs:
a) four sheep pictures (A square’s dream I and II, Esoteric Grandioso, Fractale flames)
b) four abstract paintings from the Subprime Series (Subprime I, II, V and VI)
c) a depiction of a robot Empathy x3

With this exhibition of nine paintings, Andy Hope shows how his art can withstand the pressure of signs, as well as their meanings and devaluations. His work also shows that orientation is possible in the labyrinth. So long as a square can dream of a sheep, an exit exists somewhere. 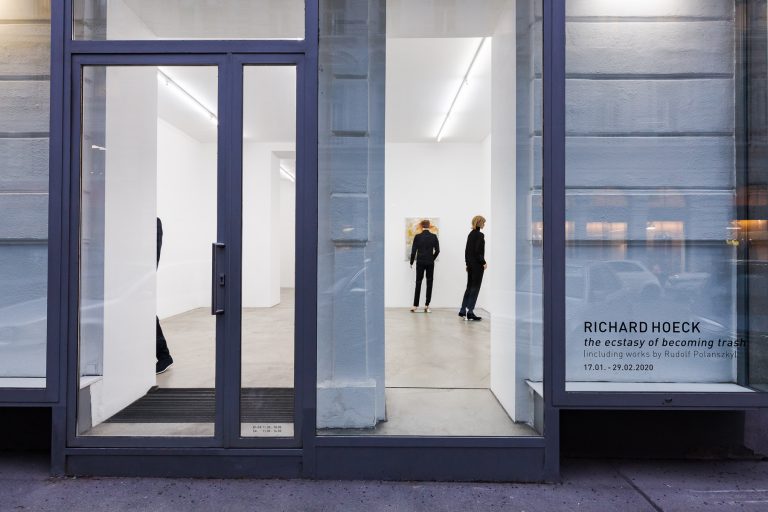